Balloon flight into near space


In June, a group of San Francisco-based designers and engineers launched a balloon into near space, capturing the flight with two cameras that went along for the ride. Two hours into the flight, and at 80,000 feet of altitude, the balloon gives up the ghost and comes crashing back down to Earth. It all happens around the 2:20 mark of the video, and the images are … um … out of this world. Amazingly, all of the equipment onboard survives the fall – cameras and all – thanks to the parachute.

I am impressed. It only takes two hours to reach 80,000 feet of altitude? That's about twice as high as where commercial aircraft fly. Why did the balloon burst? Heat? Cold? How did the rate of acceleration vary during the climb?

Near Space Balloon Flight, shot with HD HERO cameras from GoPro from Kevin Macko on Vimeo.

Posted by Kassissieh at 8:19 AM No comments: 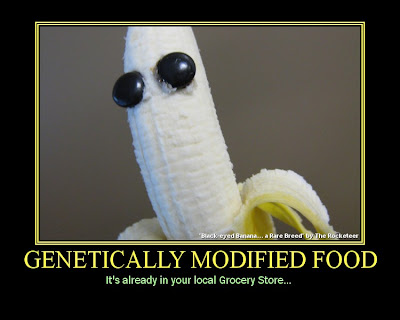 Researchers at the University of Arkansas have found evidence of what we all probably thought was inevitable - genes implanted into canola plants have "escaped" and found their way into the wild population. Canola plants growing at the side of a road were found to have pesticide resistant genes present in their DNA, and some even had a combination of resistance genes that is not available commercially. This, rather worryingly, proved that different GM crops were intermixing with each other and both contributing to wild plants.
Ironically it seems that we have now entered into a genetic arms race with ourselves, as weeds are becoming resistant to our control methods via genes that we introduced into the environment to help eliminate undesirable plants. In what could be considered something of an understatement, the graduate student who conducted the research said "Things can escape from cultivation, and we need to be careful about what we stick into plants".
Posted by Dan G at 10:28 AM No comments: