Math teacher Dave Tash send me this link to a lecture containing incredible videos of a variety of marine animal behavior and adaptation.

Once you've watched this, browse through the other offerings from TED.com (TED stands for Technology , Entertainment and Design).
Posted by Dan G at 9:11 AM No comments: 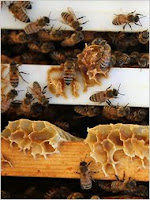 Submitted by Schuyler, class of 2012:

If you’re not one of the many followers of the Doctor, and don’t believe that the bees are returning to their home planet Melissa Majoria*, you may be inclined to listen to this theory for the disappearance of our bees.

Since 2006, scientists have noticed a significant colony collapse across the United States and nobody had a reason for the decreased population. Recently, entomologists have identified new possibilities for the collapse: a fungus and a virus have been under close watch. Researchers suspect that the virus and the fungus are inhibiting the bee’s nutrition in their gut.

What puzzles researchers about this collapse is that the bees don’t die in the hive, they fly away from the hive and die alone. Dr. Bromenshenk and the Army’s Edgewood Chemical Biological Center noted that the virus-fungus infection was found in each dead colony. Neither of the infections can kill the bees on its own, but when combined, the bees don’t stand a chance.

Posted by Veronica at 5:12 PM No comments:

Submitted by Danielle, class of 2012:

Humans aren’t the only animals on earth that practice agriculture! Ants, termites, damselfish and other animals practice simple farming techniques as well. But did you know fungi do it too?

Dictyostelium Discoideum, or the ‘Slime Mold’, is now known to be a species of tiny farmers as well. Certain strains of this fungi practice self-control while eating bacteria, halting their grazing once the amount of their food starts to dwindle. They then mix the leftovers into reproductive structures that release spores which will grow new bacteria.

These strains of Slime Mold essentially plant, fertilize, wait and then eat much like we do. There is no evidence of further care after the ‘crops’ start growing, however it’s still impressive what these fungi are able to do.

Farming! Who would have thought? Who knows what else fungi can do that we can do?

Submitted by Devin, class of 2012:
A few months ago a tuberculosis-causing bacteria was found to be resistant to the two leading TB drugs. The bacteria now called XDR-TB or Extensive Drug Resistance-Tuberculosis has proven resistant to three of the six leading second line drugs. It is thought that TB resistance in populations is brought on by incorrect drug prescribing, poor quality drugs, uncontrollable drug supply, and not taking medication when instructed.
source: http://www.mpri.umd.edu/news.html
Posted by Veronica at 11:14 PM No comments:

Limits to the Love Drug

Submitted by Esichang, class of 2012:
While most of us like to believe that love has no limit, the oxytocin hormone, commonly known as “the love drug,” or “the cuddle chemical,” has been shown to have definite boundaries. The chemical typically known to give mothers the urge to nurse their children, keep male prarie voles monogamous, and even increase our ability to trust others, seems to have its own set of standards. Psychologists are now describing it as the agent of ethnocentrism (the practice of evaluating other peoples and cultures according to the standards of ones own).
After multiple ethical experiments, Carsten K. W. De Dreu, a psychologist at the University of Amsterdam, and his colleagues concluded that doses of oxytocin made people more likely to favor the in-group at the expense of an out-group. The experiments they did were based off of ethnic attitudes, using Muslims and Germans as the out-groups for his subjects, Dutch college students. These groups of people were chosen because of a poll in 2005 that showed that 51 percent of Dutch citizens held unfavorable opinions about Muslims, and other surveys that Germans, although seen by the Dutch as less threatening, were nevertheless regarded as “aggressive, arrogant and cold.” During one of the experiments, the students were given a moral dilemma in which they had to choose between helping a person onto an overloaded lifeboat, thereby drowning the five already there, or saving five people in the path of a train by throwing a bystander onto the tracks. The five people who might be saved were nameless, but the sacrificial victim had either a Dutch or a Muslim name and it turned out that subjects who had taken oxytocin were far more likely to sacrifice the Muhammads than the Maartens.
While this may seem a little discriminatory, Dr. Dreu and his colleagues concluded that rather than strengthening negative feelings, oxytocin hormone enhanced feelings of loyalty to the “in-group.” This conclusion may have been drawn because of the chemical's earlier connotations but is still being debated and researched.

Recent studies have shown that cocaine addiction, which is usually difficult to treat as there are no specific drug therapies, could potentially be fought through a simple vaccination. Researchers from the Weill Cornell Medical Center revealed that a vaccine injected into normal, healthy mice resulted in less hyperactivity after ingesting cocaine.

The vaccine is made up of elements that are similar to those of the virus responsible for the common cold. It is additionally linked to a chemical that is also similar to the structure of cocaine. It works by creating a strong immune response that would potentially destroy a large part of the drug before it reaches prime centers of the brain and is able to cause serious damage.

This breakthrough could prove be a very helpful for people that already suffer from an addiction to cocaine, regardless how prevalent. The vaccine would decrease the effects of the drug on a person; so taking it would cease to be enjoyable. Furthermore, of many previous attempts of creating immunity to cocaine this is the first that will not require extensive preparation so there is a good chance that it will quickly move on to human trials.

Posted by Veronica at 9:24 AM No comments: 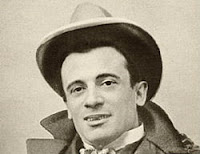 Have you ever had these thoughts, or thoughts similar? Fregoli delusion is a rare psychological disorder that causes a person to believe that various people around them, are instead one person who is able to change appearance, or is in disguise. The name, Fregoli, comes from the Italian actor Leopoldo Fregoli, world renown for his ability to change his appearance quickly during his stage act.

Fregoli delusion is a monothematic delusions, as it incorporates only one delusional topic. Scientifically, psychiatrists believe it is related to the failure of normal face perception. Causes include L-DOPA treatment for Parkinson’s disease, traumatic brain injury, and lesions in the fusiform gyrus (as this section of the brain processes color information and is necessary in face and body recognition). Fregoli delusion is often coupled with psychological disorders such as schizophrenia, bipolar disorder and obsessive compulsive disorder.
Posted by Veronica at 6:52 PM 1 comment:

Could the Common Cold Contribute to Children’s Obesity? 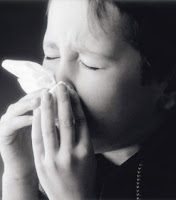 Submitted by Rachel, class of 2012:
Can childhood obesity be linked to a common cold? A new study suggests it can. In September of 2010 Pediatrics released a publication explaining that children exposed to the adenovirus-36 (a common cold virus) are more likely to be obese than children who have no evidence of infection. Jeffrey Schwimmer, a pediatric gastroenterologist at the University of California, San Diego, and at Rady Children’s Hospital in San Diego led a study on the hypothesis. He found that out of the 67 obese children and 57 normal-weight children, 19 of them carried the antibodies for adenovirus-36. 15 of these children were obese and 4 of them were normal weight. (That means 22% of the obese kids had the antibodies compared to 7% of the normal weight kids.) Additionally, the obese children with evidence of AD36 prior infection were 35 pounds fatter than the other obese children.
In a previous study chicken, mice, rats and monkeys with the infection all got fat even though they didn’t eat more or exercise less than they did before infection with AD36.
Now, why is this? Another experiment on human cells explains that the virus promotes weight gain and the adult infected stem cells make more fat cells, which store more fat.
The same correlation can be found among adults. Around 30% of obese adults carry antibodies for AD36, compared to 10% of normal-weight people.
This study isn’t to say that AD36 causes obesity. Rather, there may be a correlation between the two.
So, stay healthy this flu season!
For more information: http://www.sciencenews.org/view/generic/id/63507/title/
Image source: http://www.dietsinreview.com/diet_column/01/can-you-catch-obesity-like-a-cold/
Posted by Veronica at 8:40 PM No comments:

T. Rex wiped out by parasites?

Submitted by Genevieve, class of 2012:

When we think of the legendary T. Rex, one imagines that the death of such a fearsome creature would be a result of an epic dino-battle. However, recent findings from researchers Ewan D.S. Wolff of the University of Wisconsin-Madison and Steven W. Salisbury of the University of Queensland, Australia studying the famous corpse of the T. Rex "Sue" suggest that it was a far less dramatic, yet equally interesting battle that sealed this massive carnivore's fate: it was a parasite that did the monster in! The scientists were able to peg the killer as a trichomonosis infection, caused by a single-celled parasite that causes similar pathologies on the mandibles of modern birds. Transmission of the parasite may have been through salivary contact (through physical-altercation puncture wounds) or cannibalism, both of which serve as testaments to the infamous bullying behavior of the T. Rex.

But here's the kicker: scientists say that Tyrannosaurus Rexes might have been the original source of the disease, whose transmission continues among pigeons (raptor descendants) today!

MMR is a vaccine used to protect children against measles, mumps and rubella. In the 1998 a paper was written and published in the medical journal Lancet that connected the MMR vaccine to autism. This scared lots of parents and they stopped taking their kids in to get the vaccine; which then caused outbreaks of said diseases. Even though the article was retracted parents still fear the connection between the two. Journalist Brian Deer did some digging on the supposed study that Andrew Wakefield did in order to write the article. Deer found that while Wakefield said that the 12 children he tested were normal and had not preexisting conditions that this was in fact not the case at all, five had previously documented developmental problems and all of the medical files were altered and didn’t match up to what the parents said about their children. While not very many professionals believed the study Deer’s discovery really cleared things up. Some parents will probably still shy away from the MMR vaccine even though there is no connection between it and Autism.

Posted by Veronica at 5:33 PM No comments: