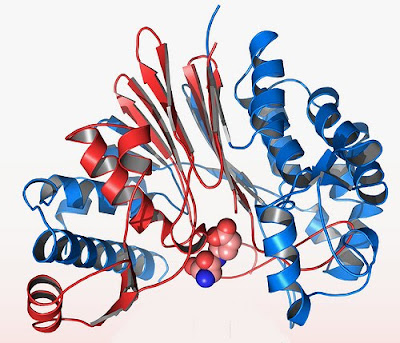 Today is a flag day in structural genomics: 1000 human proteins have had their structure determined. Many proteins have a complex 3D structure, and the functioning of a protein (such as enzymes, transport proteins, molecular signals and gene control mechanisms) is entirely dependent upon this structure. If we can figure out what a protein should look like we have a good starting place to try and work out what is happening when something goes wrong, such as in cancer and many other diseases.
The article heralding this milestone can be found here, and there is a slideshow that shows 10 of the most important discoveries along with details of why they are so important here.
Posted by Dan G at 8:56 AM No comments:

The Pen That Never Forgets 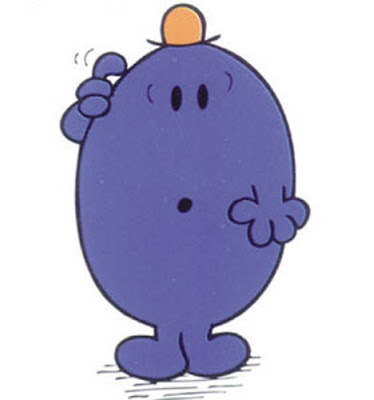 This story from the NYT (click for the link) was sent to me by Paul Monheimer, and it ticks many of the boxes required for a good Coverslip post - science, technology, neuroscience, education etc.

Pens that record audio or use "e-ink" to link parts of written documents to computer files or to upload written notes onto your computer have been around for a while, and always struck me as rather gimmicky. It seems, however, that this latest incarnation has real promise for enhancing teaching and learning if used carefully (as with all technology, we should use it to enhance learning rather than as a novelty which quickly loses its appeal). It does, however, raise a question that I have often thought about - if we have all these devices doing our remembering for us, what is happening to our ability to store memories in both the short and long term? Whilst highly apocryphal and unscientific, personal experience leads me to suspect that I rely on technology in place of simply remembering things: how many phone numbers can you recall without referring to your phone? How many addresses do you know off the top of your head? Do you ever forget appointments if your planner doesn't beep at you? Perhaps it is simply down to aging, but I'm convinced I used to remember a lot more things before I had all these devices around me........
Posted by Dan G at 11:47 AM No comments: 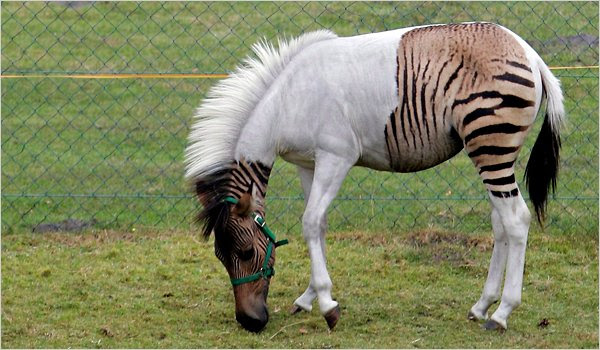 Sensitive robots in the not too distant future? 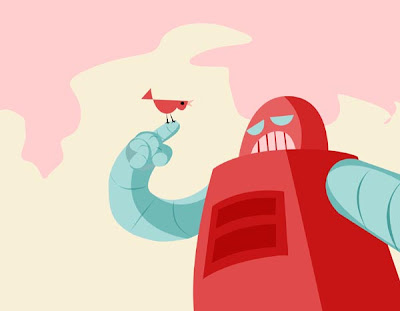 A new technology revealed today demonstrates the ability of an artificial skin that can detect the pressure of a butterfly landing - this opens up incredible possibilities for robot-controlled processes or even artificial limbs. The skin uses a polymer that, when compressed, changes the capacitance of the skin which can then be detected by a transistor. If an array of transistors is used, it can track differences in pressure applied to the skin.
The original Nature News article can be found here, and a layman's description on the BBC News site is here.
Posted by Dan G at 12:21 PM No comments:

Check out this link about a plant causing a house fire:

The Science of Killer Dance Moves 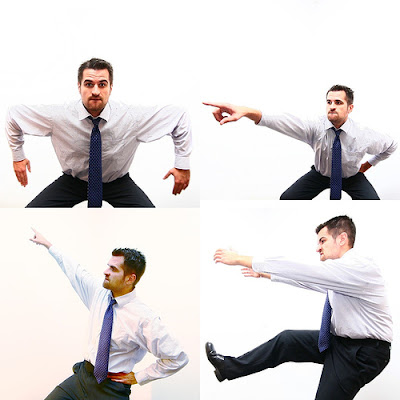 Art Leo, English teacher and science enthusiast (and regular Coverslip contributor) submitted the following story from a number of news sources:
Ever wondered why some people look good on the dancefloor whilst others resemble chimps with a cerebellar deficit? Science has now answered this question by analyzing the dance moves of a variety of men and created avatars to distinguish between the good, the bad and the downright ugly (click here and/or here to read the whole story).

Men who were judged to be good dancers had a varied repertoire and more moves that involved tilting and twisting the torso and neck.But the majority of men displayed highly repetitive moves that used their arms and legs, but not the rest of their bodies.

"It's rare that someone is described as a good dancer if they are flinging their arms about but not much else," said Nick Neave, a psychologist at the University of Northumbria, who led the study.

The scientists believe that being a good dancer is an honest indication of the health of a male, just like in the animal world. in nature, being a good dancer sends signals to observing females that you are a good potential mate, or at least better than the other males with a limited repertoire of moves. The good news for us humans is that we can learn to get better, and there are dance lessons available.....

For one of the most famous example of good dancing technique, check out Ricky Gervais as David Brent in The Office, showing off a stunning variety of whole-body movements. To diagnose your own dance style, there is a guide here 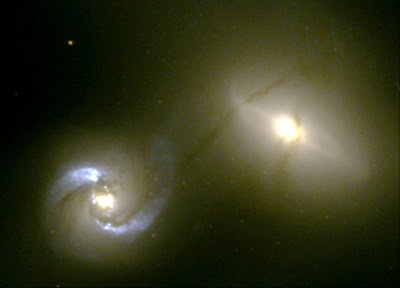 The Astronomy Photographer of the Year competition is run by the Royal Observatory in Greenwich, London and the winners have just been announced. The photos are available to view online here from categories such as Earth and Space, Deep Space and People and Space. If you are reading this from somewhere in the UK (or are visiting between now and the end of February) you can go to the exhibition at the Royal Observatory.

My personal favourite, the Wildlife Photographer of the Year competition, will be judged and displayed online at the end of Oct, so check back in then for some more incredible photography.
Posted by Dan G at 9:07 AM No comments:

After a summer hiatus involving lots of science for all of us (chemistry courses, trips to the Galapagos and other exciting sciency places, knee surgery amongst a few of our adventures this summer), the Catlin Coverslip is back in action.

Send us any interesting ideas/stories you find and we'll share them here with everyone who is interested.
Posted by Dan G at 9:04 AM No comments: